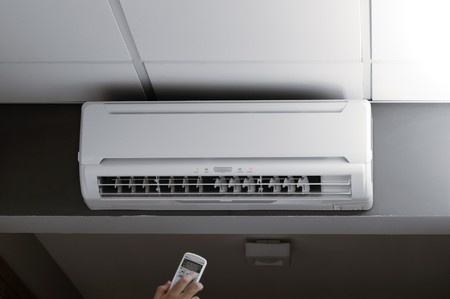 It may not seem like much to us today, but Air Conditioning is one of those modern inventions that changed America early on. Back before World War II there was the creation of the original air conditioning system, although then it was used specifically to keep the printing press rooms cool so that the ink didn’t smudge or run. Workers were so drawn to spending their lunch and break times in that room that eventually people realized just how effective it was at keeping people cool.

After the war, air conditioning units started to be made in full force, including models that were built along with air ducts that we see today throughout many houses. The onset of these conditioning units however, led to more and more people migrating to the south where it was warmer. This was especially the case for elderly and retired folks, which is likely why Florida today is known for its old people.

This migration occurred because people were more willing to deal with the heat temperatures since they had moving air that could be cold. It was such a great change in population centers that you could even see it from space today just how much the density of cities are now in the south.

This change in population also meant a change in electoral votes. And we know for sure that one of the big winners for Ronald Reagan is what we call the Sun belt, all because many of these older, conservative and often retired people had migrated down there, swinging many states that would have been more liberal into the conservative votes which bought Ronald Reagan an election.

Of course it is a great leap, but something that wasn’t so great of a leap? The summer blockbusters were all because of air conditioning too. If there’s any place you can think of today that stays rather cold, it would be a movie theatre. Well they weren’t always conditioned and that meant no one wanted to watch a movie in the summer. Then with air conditioning, everyone flocked to them just to get out of the heat.

WE LOOK FORWARD TO WORKING WITH YOU