If you had to guess the best of time of year to clean your chimney, when would it be? Unfortunately, most people guess the fall. They think that, because they’re going to be using their chimneys in the winter, they should have them cleaned in the fall so that they’re ready to go. 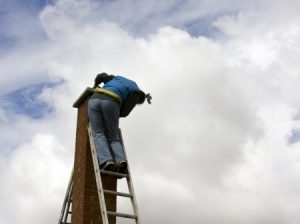 This is actually not the best time to schedule a chimney cleaning, though. For starters, most chimney cleaning companies are all booked up in the fall, which would potentially make it impossible for you to find a day and time for a chimney sweep to come out to your home. But that’s not the only reason to consider having your chimney cleaned at a different time of year.

The reality is that you should have your chimney cleaned in the spring.

Outside of the fact that most people aren’t calling chimney sweeps in the spring, the spring is when your chimney is at its dirtiest. After a long winter, there is likely creosote—a flammable substance that can build up inside of a chimney and create a fire risk—coating the inside of it. That creosote won’t necessarily pose a threat in the summer months, but if you clean it in the spring, you won’t have to worry about doing it later. You also won’t have to worry about it building up again since it only forms in fireplaces when they’re being used.

These reasons make spring your best option for calling a chimney sweep.

Is it time to get your chimney cleaned? Call Superior Air Duct at 877-891-3828 today to schedule chimney cleaning services. We can clear soot, creosote, and more from your chimney and make sure it’s ready to be used once the winter comes back around again.

WE LOOK FORWARD TO WORKING WITH YOU